How to Find Your jaguar Paint Code: Step by Step Video

How to get the paint code for a Jaguar

Whether you have an S-Type or an XJ, Jaguar has made finding your paint code straightforward. The code is on the VIN sticker, which is located in the same spot for all models, to find it:

If the tag is not in the door jamb, give us a call at 971-770-2372 from 8:00 am until 2:00 pm Monday through Saturday. Or send us an email at CustomerService@ERAPaints.com. It doesn’t matter if you drive an E-Pace or an F-Type, our staff can help you get the correct code for your vehicle. 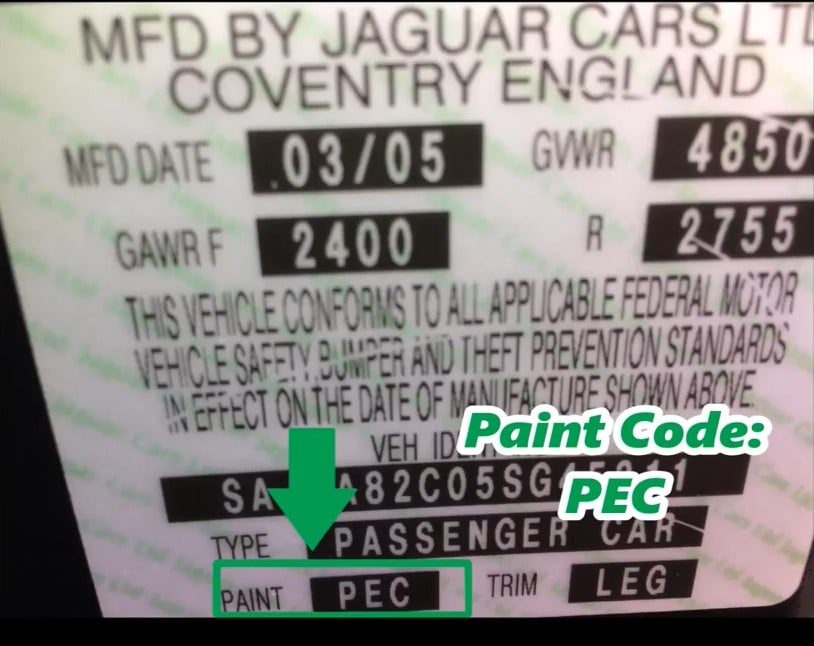 How to know your car color code 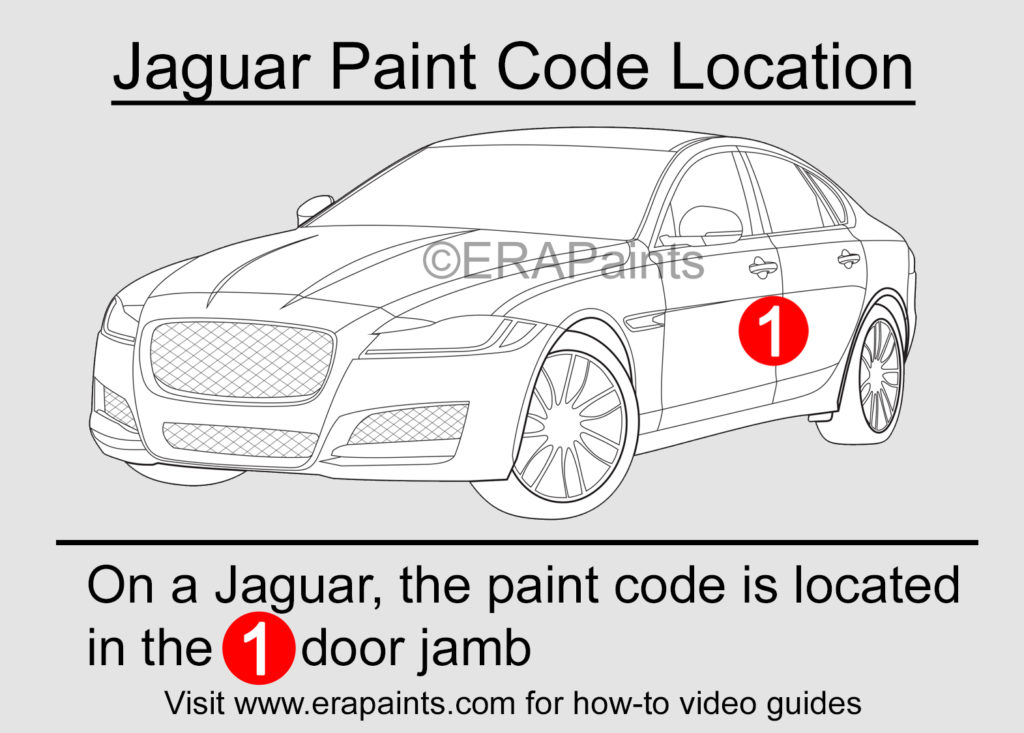 Jaguar has a variety of different paint codes that represent a single color. Codes are usually three characters long, containing both numbers and letters. However, they may also be longer and composed solely of digits.

You will find the VIN sticker in the door jamb, and it will typically be white, black, or silver. It also contains a lot of other information on it. The paint code information is at the bottom of the tag next to the “PAINT” heading, typically found under the VIN.

What do you know about Jaguar?

Jaguar was founded in 1935 and initially made motorbikes and buses. Their name was initially S. S. Cars Ltd, but this had to be changed because of connotations of Nazism. Since then, they have merged with Land Rover to become a dominant luxury car maker whose cars are sold all over the world. Models like the XJ, X-Type, and S-Type have been popular for decades, and in recent times metallic colors like 806/JGE Sapphire Metallic have become the color of choice.

Jaguar’s most popular slogan was “Grace, Space, Pace,” which first appeared in the 1950s and stuck for a long time. They won the 24 Hours of Lemans, an incredible seven times between 1951 and 1990.

See what our customers are saying: