How to Find Your mini Paint Code: Step by Step Video

How to find out what color your Mini is

Mini has a cult following in various places around the world and the Mini Cooper has been the star of numerous movies. They keep their paint codes on a black tag in a similar style to BMW, who owns the company. You can find this black tag in a couple of locations:

Depending on whether you have a Clubman or a Countryman, it could be located elsewhere, but the spots above are the most common. If you can’t find it, contact us at 971-770-2372 . Our phone hours are from 8:00 am till 2:00 pm PST. For questions outside this time frame, email us at CustomerService@ERAPaints.com. 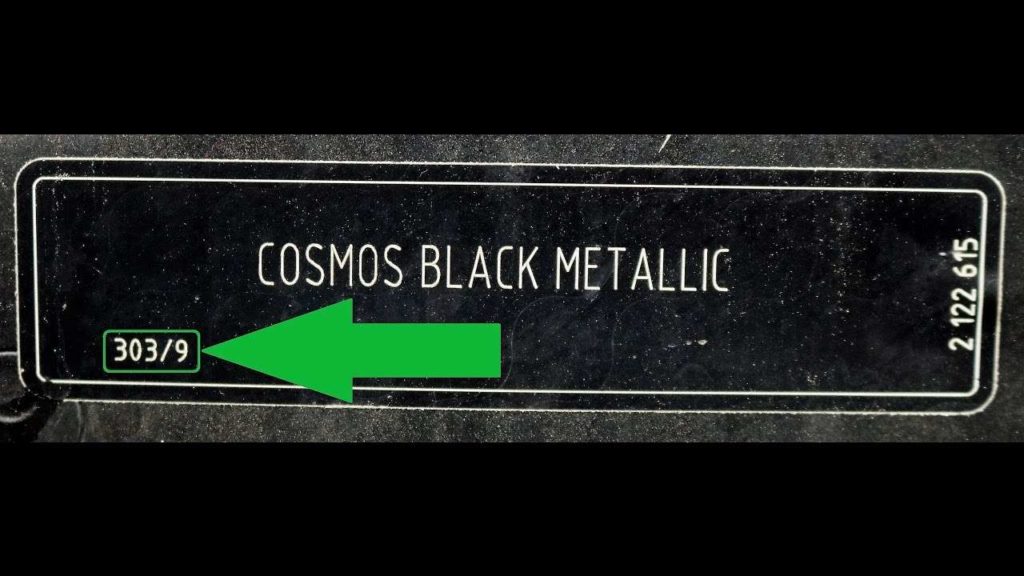 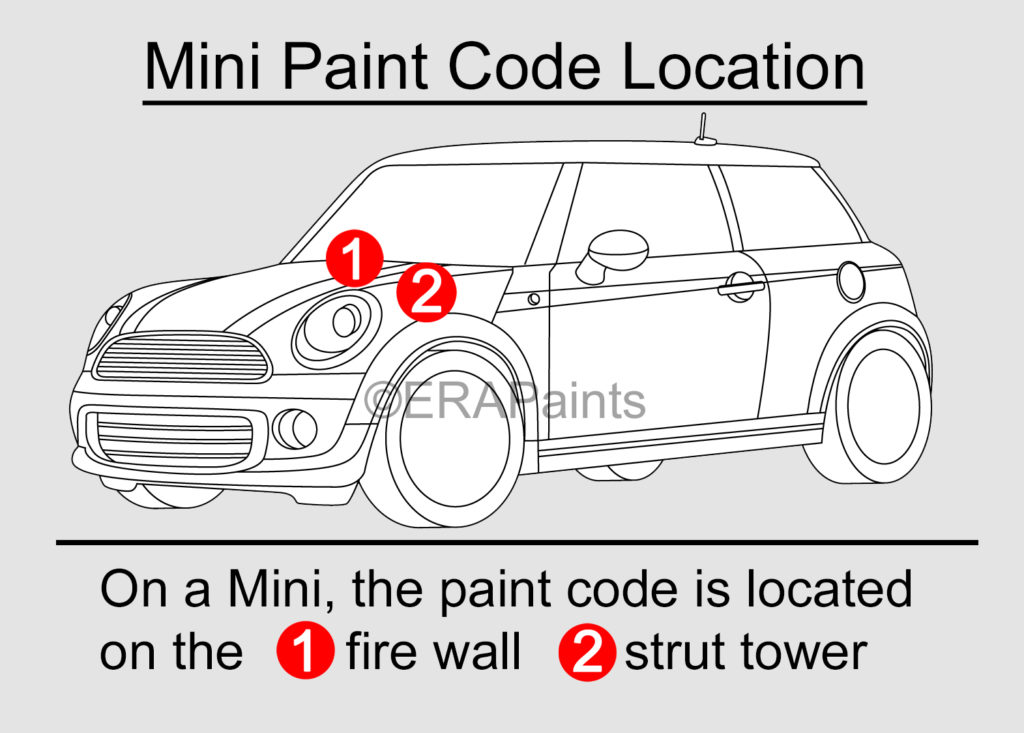 How to find the color code of your car

Whether you drive a Coupe or a Cooper, Mini Cooper paint codes are three digits long and may contain both numbers and letters. You may also see a slash with a trailing number, but this is not important.

303/9 represents Cosmos Black Metallic. Unlike other automakers, Mini will typically write the name of the color on the black manufacturer’s tag, which is extremely helpful. Other examples include paint code: 860 Pepper White and paint code: A58 Mellow Yellow.

If the black paint code tag is missing, you can also find the paint code on the VIN tag. It will usually be in the bottom right-hand corner next to the barcode. It will only contain the code, A88, and not the name Hot Chocolate Metallic.

The Queen knighted the man who created MINI just ten years after the first Mini car made its debut. Mini is the second most-produced car in the UK, and over 3 million have been produced since their relaunch in 2001. The majority are exported across the world, with the US being the most significant market.

Despite their size, 28 people once managed to fit in a MINI to secure a world record. It is believed by many to be one of the most influential cars of all time, right up there with the Ford Model T. In fact, the original MINI sold almost unchanged for more than forty years.