How to find out what color your Oldsmobile is

Whether you have a Ninety-Eight, a Bravada, or any other Oldsmobile model, the paint code is on the service parts identification label. Depending on the model and year, the name will be in different places. Make sure to check:

If the service parts identification label is not in any of the places listed above, call our hotline from 8 am till 2 pm PST from Monday through Saturday. Our contact number is 971-770-2372 . Alternatively, give us an email at CustomerService@ERAPaints.com.Our staff can help identify the codes for the Bravada, Cutlass, Eight-Eight, and all other models.

What does the Oldsmobile paint code mean?

Oldsmobile used to be a division of General Motors and, as such, uses its paint code system. Oldsmobile paint codes consist of four characters that contain numbers and letters. On the VIN tag, you will only ever see the four digits. However, online you may see the codes written in a variety of ways.

On the sticker, you would only see the 534F and not the color description. Other examples include 72/8979/WA8979 Medium Garnet Red Metallic and 215M/38/WA215M Emerald Jewel Metallic. 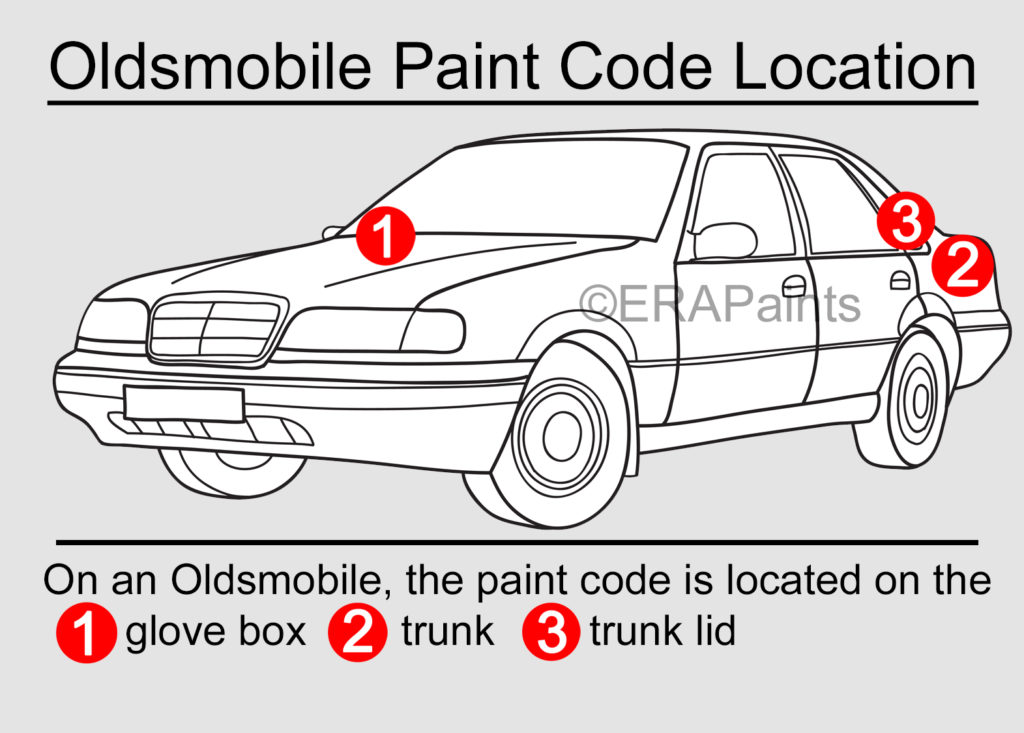 On the label, you will find the paint code at the bottom. It will be next to a “BC/CC” heading and may be prefixed by “U.”

Oldsmobile was founded in 1897 and produced over 35 million vehicles during the time it operated. They are among the oldest car brands in the world alongside Peugeot and Tatra. The brand was seen as a middle of the range brand at General Motors and slotted between Chevrolet and Cadillac.

Despite being noted for innovations in engine technology and testing the Rocket V8 engine, the brand eventually succumbed to the competition of import brands. After releasing its final vehicle, the Bravada SUV, GM closed the doors on Oldsmobile doors in 2004, citing a lack of sales and profitability.