How to Find Your tesla Paint Code: Step by Step Video

How do you find the paint color for your Tesla

Tesla’s iconic Model 3 and sporty Model S are starting to redefine what people thought an electric car was capable of. Tesla is relatively new to the automotive industry and doesn’t have a wide range of models spanning decades that other manufacturers do. For this reason, they have simplified the location of their paint codes. You can find the code on the manufacturers tag alongside other relevant information. To locate this:

In the rare instance, you can’t find the manufacturers tag on the door jamb, then give us a call. Our team is available on 971-770-2372 from 8:00 am till 2:00 pm during the week and on most Saturdays. You can also send us an email at any time of the day at CustomerService@ERAPaints.com. 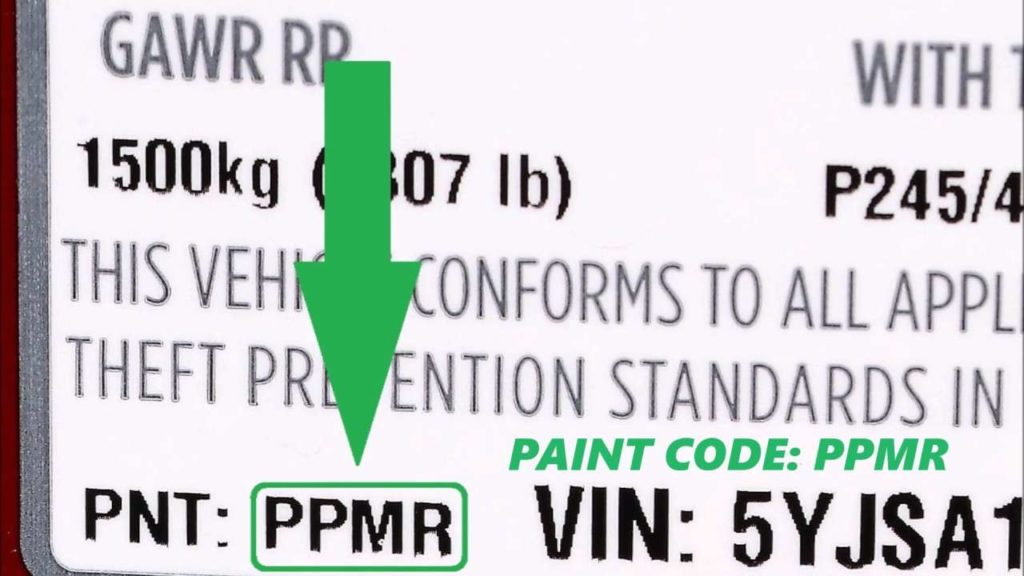 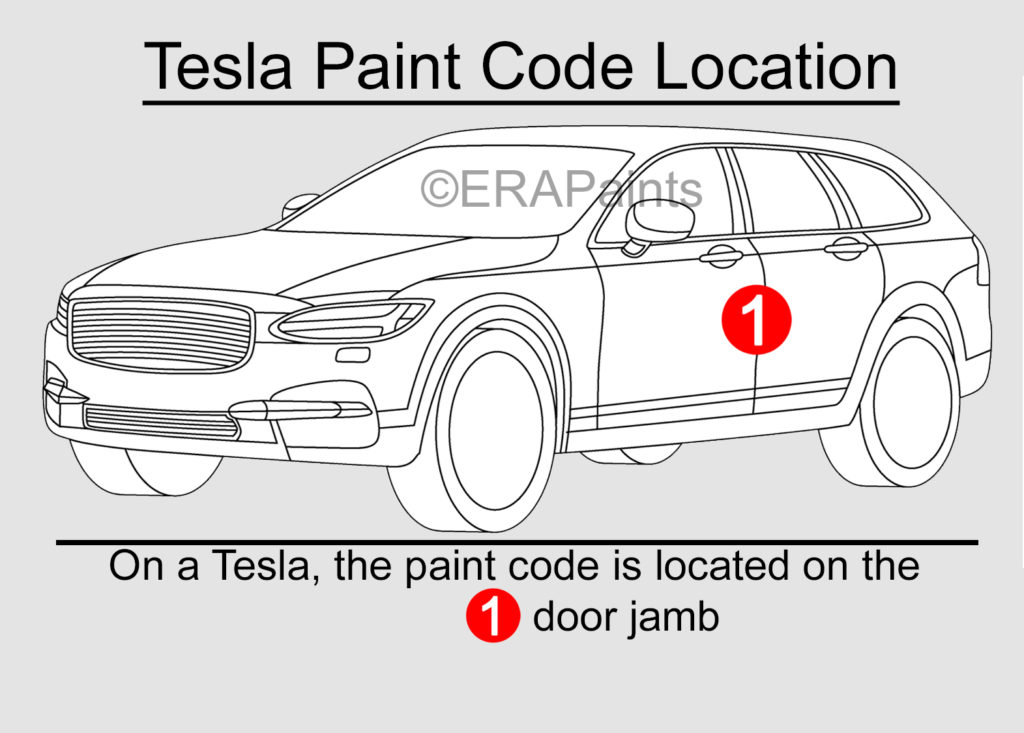 What does the Tesla paint code mean?

Tesla paint codes are four digits long and consist solely of characters. The paint code will typically start with the letter P.

The code above is a popular Model S color and represents Sunset Red Tricoat. Other examples include PBCW Catalina White and PMSS Starlight Silver Metallic.

Despite being relatively new to the industry, Tesla is the second oldest publicly listed manufacturer behind Ford. Most people assume Elon Musk founded the car giant, but in fact, he was an early investor. Tesla’s Model 3 has become one of the best-selling cars in America, with a target of 400,000 a year, and is redefining the electric car market.

You are more likely to get discounts on a Tesla depending on which model and color you buy. On a Model, blue colors like PPSB Blue Ocean Metallic are most likely to receive the most substantial discount. Whereas you will more likely be able to strike a bargain for a Brown Model S. Black colors like PBSB Eclipse Black are the least likely to be on a deal regardless of the model.